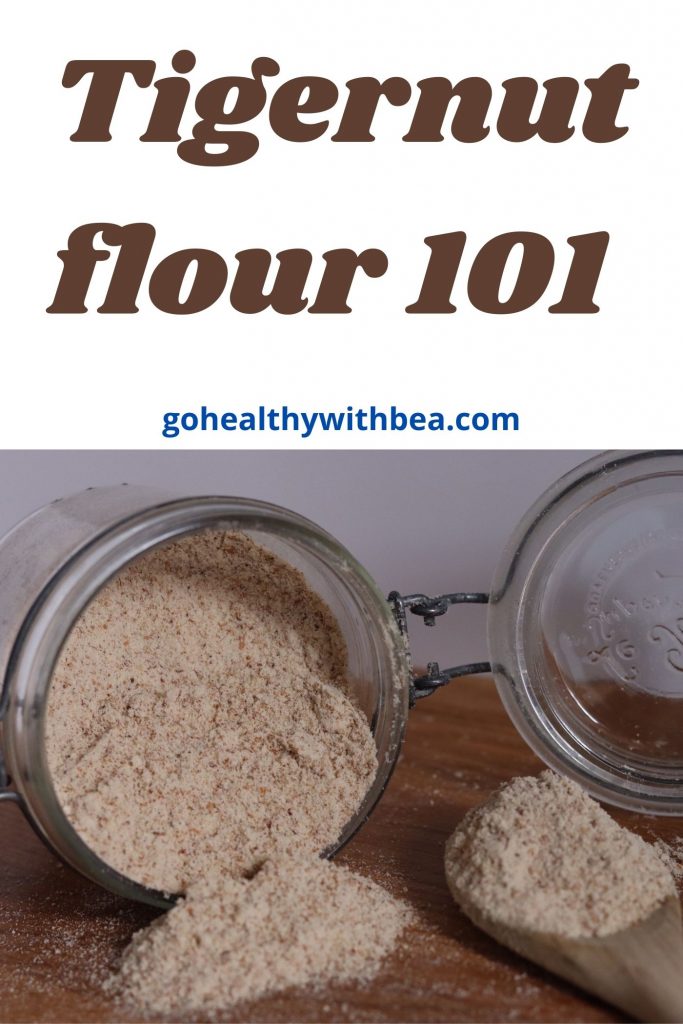 Wondering what is tigernut flour? What does it taste like? Where to buy it? Looking for tigernut flour recipes? Find the answers to all your questions in this complete guide to tigernut flour!

What is tigernut flour?

Tigernut (cyperus sculentus) is actually not a nut, but a small tuber.

Which means that people following a gluten free, grain free or nut free diet can enjoy tigernut products. Last but not least, tigernut is paleo and AIP (autoimmune protocol) compliant!

Tigernuts have long been recognised for their health benefits, as they are high in fiber, iron, proteins and magnesium.

Where to buy it ?

Tigernut flour is very common here in France so we can buy it in all organic food stores. If you live outside of France, availability varies by location. Generally speaking, health food and specialty shops may carry it (though you might want to check with the store before going on a long hike or drive). You can also find it online.

It has a unique sweet and nutty taste.

It also has a gritty/sandy texture. If you don't like the gritty texture, you can use a sifter to give it a finer texture.

What you should also know is that the grittiness varies from one brand to another.

There are plenty of tasty ways to use it. And since I've started creating AIP and paleo recipes, I can't stop using this flour. I'm obsessed with it! And my baking recipes using this flour are my most popular recipes. So here are the links to my tigernut flour recipes if you want to try them :

If you are not intolerant / allergic to almonds, nor on elimination phase of AIP, you can swap 1:1 tigernut flour with almond flour.

But if you are allergic to almonds or strictly following AIP, I'm sorry to tell you that there are no other 1:1 substitute.

The reason for that is the crumbly texture of tigernut flour that calls for a certain amount of liquid that will be extremely different from what coconut flour calls for. Moreover, whereas tigernut flour is crumbly, cassava flour, on the other hand, is very gummy. Knowing this, if you want to substitute tigernut flour with another flour, you will have to alter the whole recipe which, in my opinion, isn't really worth it, because it won't even taste the same because you won't have the unique nutty flavor of tigernut.

If you've found this guide useful, do not hesitate to share it!

This site uses Akismet to reduce spam. Learn how your comment data is processed.

Hello! I’m Bea, a French woman who has been diagnosed with ankylosing spondylitis and decided to heal herself naturally after many years of strong painkillers. Here, I'm telling you about my journey and sharing my recipes with you, hoping that it will help you somehow. Read more