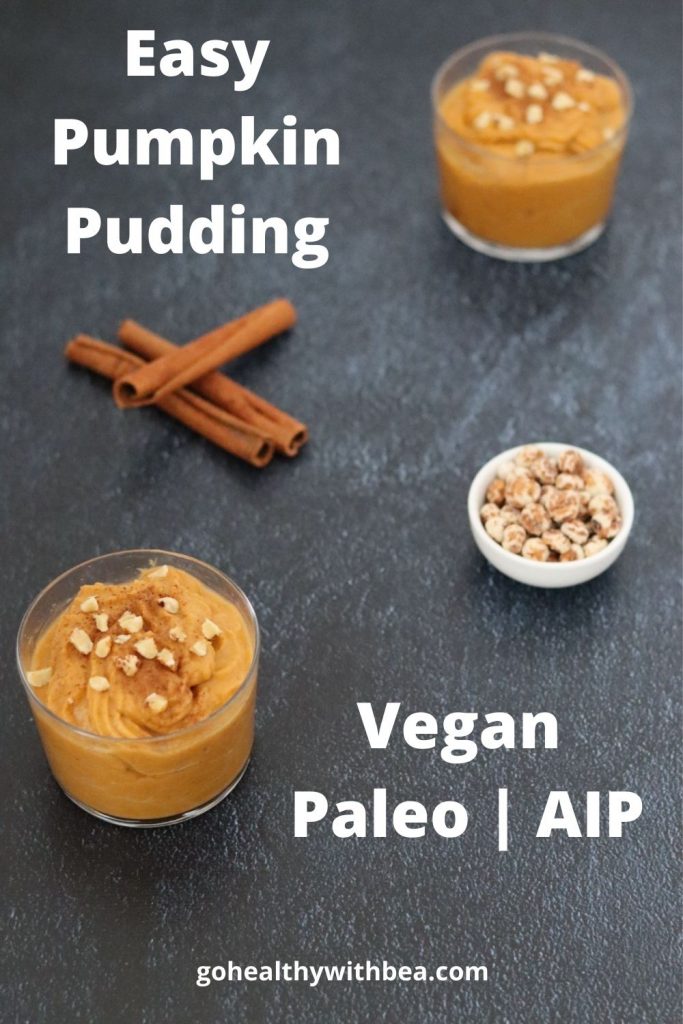 If you're looking for a no bake fall dessert that is not overly filling, this homemade pumpkin pudding recipe will be the answer to your prayers! Made entirely from scratch with only a few ingredients, this easy pumpkin pudding is ready in 5 minutes.

It's pumpkin season! And I don't know about you, but I'm definitely craving cinnamon right now!!

Considering the huge success of my pumpkin muffins and tapioca pudding, I thought I should create a pumpkin pudding recipe. And I have of course, made it paleo, vegan, AIP compliant (with a coconut free option)!

The biggest issue I had here, was that I literally had to brainstorm on how to name this recipe. I know that some of you might call this recipe "pumpkin mousse" but as a French I just couldn't.

Mousse is a French word that means "foam". So we use it to name dishes that have a foamy texture. Like for my chocolate mousse. Although this healthy pumpkin dessert is delicious, it doesn't have a foamy texture. So I just couldn't bring myself to name it pumpkin mousse. If I really wanted to use a French word to name this recipe it would have to be "crème" instead of "mousse". But when I'm speaking in English I don't like to use French words. 😂 That's why I've decided to name this recipe "pumpkin pudding".

I'm not trying to give you a french vocabulary lesson here. I'm just saying these things so you are not surprised by this recipe's texture.

I believe that this healthy vegan, paleo and AIP compliant pumpkin pudding would be perfect for a Thanksgiving dessert.

To make this pumpkin pudding, you will need a blender (I use my favorite Vitamix high powered blender).

Once you have filled your small cups with pumpkin pudding, store them in the fridge for up to 2 days. 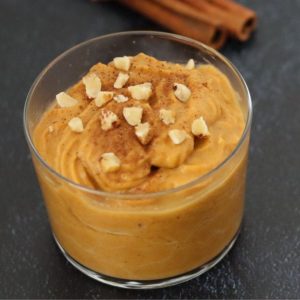 gohealthywithbea
No bake easy and healthy recipe that is made in 5 minutes!
5 from 2 votes
Print Recipe Pin Recipe

Please keep in mind that the nutritional information is calculated using a nutrition facts calculator. It is a rough estimate and can vary greatly based on products used.